Home » Nerd Rage » Why Is It So Hard to Get Superman Right?: Lois Lane

Her hair should be darker but other then that good choice!

With Amy Adams cast as Lois Lane in the upcome superman reboot it got me thinking about the intrepid reporter. Lois Lane has been around as long as Superman has, and has always been the Man of Steels primary romantic interest.  A major danger that faces Lois in any adaptation of Superman is becoming ‘the Girl’. She can fall into a cheesy romantic b plot without much depth or personality. The hero often gets ‘the Girl” as a sort of reward for their trials, and /or saving the girl. This cliche may be passable on mindless date flicks or a other grade B movies, but I would hope that on a large scale reboot of Superman the plot would call for a slightly more engaging character.

I think Amy Adams is a great casting choice for Lois Lane, but now that the casting is done what will script give her to work with? There are three elements that are essential to Lois’s character. One she is in love with Superman, two she is a great journalist, and three she gets into trouble requiring Superman to burst in a save the day. Although number three, being damsel in distress, is a major trait of “the Girl”, it can be played in a more proactive way.  As a journalist, Lois needs to be fearless, and capable. I imagine her as a dogged social crusader. She is someone willing to put pen and press to work, to uncover corruption and injustice. Lois Lane should start off with a major reputation having exposed a corrupt political official, mob boss, or corporate criminal. In my ideal version Lois would realize that she is earning the wrath of some very powerful people, and not care because she is fighting for whats right. In my Lex Luthor article I stated I would have Lois be as much of Lex’s enemy as Superman. She would know something is dirty about Lex’s operation and try to uncover it. Maybe she could even be the key factor in giving Superman the information he need to stop the villains evil scheme and save the day. Lois needs to have a level of bad ass to her character. Some adaptations have touched upon Lois as a military brat. She should be portrayed as someone who grew up around soldiers and has seen a bit of the world, both the good and the bad. When she eventually does get taken hostage, it should happen because she was investigating something, not because the villain is using her to get to Superman.

I never liked the way the original Superman movies portrayed Lois and Superman’s love. My main problem is that Lois never noticed or liked Clark. He was just some dude who was there. When Superman shows up, Lois practically swoons. Who wouldn’t love Superman? He’s practically god who is handsome, powerful, and regularly saves the world. Lois has no idea what his personality is like. Clark, despite being good natured, honest, and kind doesn’t get a moments notice. The only time Lois gives Clark any consideration, is when she theorizes that he might be Superman in disguise. It enforces the cliche of “the Girl” as the heroes reward for saving the day. In Lois and Clark the New Adventures of Superman, the Man of Steel always asserts that Clark Kent is who he is, Superman is merely what he can do. When Clark proposes to Lois, he has yet to reveal his secret identity.  He maintains that if Lois is to love him, it should be because she loves the true personality and not the public image. If Clark isn’t the real persona then he can never truly find love because any mortal woman would only see the super, and not the man.

Smallville truly nailed Lois’s character. She is smart fun and sexy. Although she has been a damsel in distress, its usually because she is trying to uncover some dark secret. She’s reminisced about how she was able to get a tank to drive her to the Prom,  Her relationship with Clark is also very entertaining. They playfully tease each other, watch out for each other and like each other. There’s drama but no wangst. Their romance is natural, and not at all based on Superman’s heroics. In the Episode Idol Lois even states that although the Blur (Clark’s pre-Superman Persona) is a great inspiration she fantasizes about, the true person she likes is Clark. She isn’t some reward for Clark’s heroics, nor an object for him to obtain she is a fully explored character with a personality. 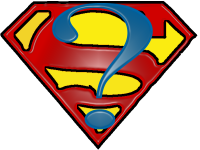 With a little luck, Lois Lane in the Reboot will be a strong bad ass character, and not just “the Girl”. It’s boring to watch a vacuous female lead who is just there to fill the cliched role as rescued damsel, and hero’s reward.