Home » Nerd Rage » Superman and Wonder Woman to be a Couple 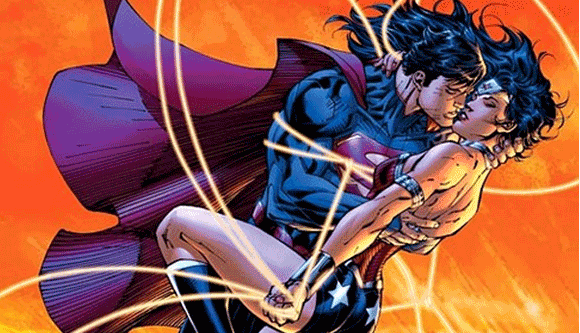 Not exactly a new idea

Since DC comics rebooted their entire universe there have been many major changes to the characters status quo. One of the more significant ones is that Superman and Lois Lane are no longer married. Though I NerdRaged against other pseudo divorce  retcons in comic (ahem One More Day), the Superman/Lois thing didn’t really get to me. One it will never last. Two DC is probably going to retell them falling in love anyway. It was just announced that the new status quo starting in Justice League # 12 is that Superman and Wonder Woman will be a couple. It was rumered this would happen. Though I’m sure this is something done on the part of DC to stir up a bit of publicity its not much of a surprise. Wonder Woman and Superman have been paired together in dozens of elseworld stories, such as the Dark Knight Returns, Kingdom Come, and Red Son to name a few. They’re the top of the food chain when it comes to Superheroes, so pairing them together is like saying the world’s biggest rock star is dating the it-girl starlet. Its not that out there. The question is, will there be interesting stories told from this?

Clark Kent is a good ole country boy and Diana is warrior raised to be the gods champion. How will those two personalities clash?

Both characters are demi-gods, but Superman is specifically science fiction in origin, and Wonder Woman is decidedly fantasy. Will the realms that surround these characters contrast or mesh together nicely?

How will their secret identities play into the whole scenario?

Most importantly what shenanigans will unfold when they bring each other home to their mothers for dinner?

If done properly this could be a very interesting change to the status quo, but the writers will have to make it believable. I don’t think it will be permanent if for no other reason than Superman will Always go back to Lois Lane and Wonder Woman will always go back to Steve Trevor.  If they’re going to be in a relationship that amounts to more story telling than just a headline they need to write how the characters will interact and complement each other. Only time will tell.