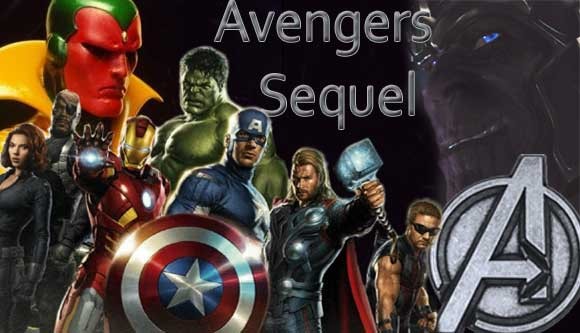 “…to challenge them is to court death.” With those words the Avengers set themselves up for a much larger narrative. I don’t know if the Avengers sequel will involve Thanos, or if he will be used for the upcoming Guardians of the Galaxy movie, but if Thanos were the main villain I have a few ideas how to use him.

After the Captain America, Iron Man, and Thor sequels I’m sure the Avengers will have an expanded roster. Maybe Ant-Man, the Wasp, Black Panther, Ms. Marvel (or is it Captain Marvel now), War Machine, The Falcon and others will join the team. Of all the second stringers I believe the one the interwebs is clamoring for the most is the Vision. The Vision was never a super-well know but he has an interesting story. He is a synthetic person, or android who wishes to be accepted as a member of the human race, similar to Data in Star Trek: The Next Generation. What most people are hoping to see is the Vision to be a resurrection vehicle for for Phil Coulson. Because Coulson was the emotional trigger that united the Avengers  in the first place having an android take his form in both body and mind would be an excellent source of dramatic tension. He would be built in the image of their friend, have all of his memories, but none of his emotions. A being like this would seem like an abomination and the The team would reject his bid for membership in the Avengers.

Back to Thanos. He would be the big bad of the film a villain. It was already stated that he wants to rule the universe. What better way to do that than to over throw the current King of the Universe, Odin. While invading Odin’s treasure room he’d find the Infinity Gauntlet, a weapon more powerful than the cosmic cube.  With vast reality warping powers Thor would barely escape heading to the only place he knows has powerful allies; Earth. Thor would warn the Avengers that Thanos is coming to Earth next and thus the Avengers would try to head him off at the pass. At this point they would tell the Vision to join them only because they need the manpower.

When the Avengers confront Thanos it will result in a curb stomp battle. It will show you how powerful he is as bats around the Earth’s mightiest heroes like play things.. When he humbles the two mega powerhouses, Thor and the Hulk he’ll expect the humans to stand down. Lifting a great scene from the original Infinity Gauntlet storyline Captain America will stand up to him saying that as long as one person is willing to fight for freedom he’ll never win. The Avengers will fight to the last man, but will eventually will all die. Thanos will respect their heroes valor anduse his reality warping powers to resurrect the Avengers as his minions. He made Loki’s sceptor have the ability to enslave people, why shouldn’t Thanos have the same power on a mega leveled scale.  I’ve included a few scans from Ultimate Fantastic Four # 52 where Thanos concurs Earth. A scene like this is begging to be put on the big screen. As Thanos prepares to send his army after Earth, he sets the brainwashed evil Avengers up to lead the invasion as his generals.

Only one character will remain true to himself: the Vision. Because he is neither living nor dead, but rather something artificial he will have the ability to resist Thanos. Of course Thanos wouldn’t be threatened by him and throws the android into the ruins of Asgard. He’ll meet Loki there who will tell him the only thing powerful enough to challenge Thanos would  be the Tesseract, however no mind is powerful enough to control it. Vision essentially being a supercomputer will be able to.

The Vision would wire himself into the Tesseract and become strong enough to channel its energies. Standing in the way of the Thanos’s invasion he would be able to halt the army. To break the Avenger’s mind control the Vision would appeal to their emotions. With Thanos and the Vision in a stalemate the re-goodified Avengers would be able to take tip the scales and remove the infinity gauntlet, save the Earth and consequently the Universe.

The team would then come to accept the Vision as Phil Coulson’s spiritual heir. As a parting gift the Vision would come to understand the human spirit and the emotions that eluded him for so long.

Lets see where the Marvel sequels take us, but if anyone, Marvel Studios, Disney, or Joss Whedon want to hear more I’m full of ideas. Get in touch with me theepicbeyond@gmail.com.