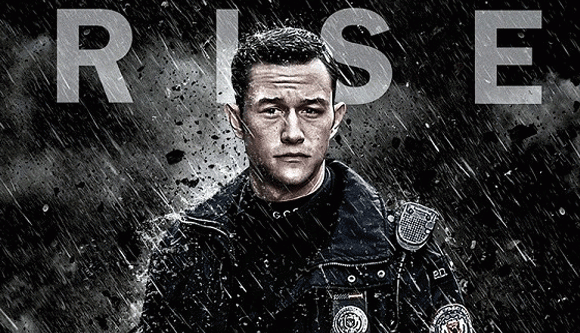 After the Dark Knight Rises a friend of mine called upon my vast encyclopedic knowledge of comic books to explain if John Blake was Batman’s sidekick Robin. I explained that Blake was an original character but he shared traits with many of the comic book Robins. My friend’s response was “So does that make him Batman 2.0.” In truth Robin John Blake is whoever you want him to be. He is Robin, Nightwing, or heck even Batman Beyond. He’s the continuation of Batman’s legacy. If Ra’s al Ghul was an immortal by passing his name down through the League of Shadows, Batman is now equally Immortal, passing down the Mantle of Gotham’s protector. So what does the future hold for John Blake? I’m not talking about another Batman sequel. Hypothetically what’s in store for Blake as the new Dark Knight? Blake might have a very dark future under the cape and cowl.

#1 No mentors.
Blake does some impressive stuff in the course of Dark knight rises, but he’s not the most skilled man in the world. When he rushes in to save Commissioner Gordon, Gordon gets the drop on him and shows him how easily a bad guy could have shot him. He has the potential but no one to show him the ropes. Who’s gonna show Blake what to do? He needs an Obi Wan or a Mr Miyagi, both of which seem on short supply. After seeing Anne Hathaway in that body suit, we hope that by the end of the Dark Knight series that Bruce Wayne is off canoodling with a certain feline themed master thief. Alfred’s off on his own giving up on helping masked vigilantes. Even if Gordon sticks around he is disgraced. Blake wouldn’t listen to his advice, Gordon made a hero out of a man who tried to kill his son. Who’s he to teach about right and wrong?

#2 Where does he get those wonderful toys?
Bruce Wayne is one of the most phenomenally rich men in the world. It’s how he funded his one man war on crime. If there were things he couldn’t afford, he’s been able embezzle and misappropriate enough resources from his company to afford several sets of super body armor, a tumbler, a batpod, and the Batwing. The tumbler is gone the batpod was most likely stolen by Catwoman, the Batwing was destroyed by Bane’s atomic bomb. So what’s Blake left with? Lets assume he has a few sets of armor in the batcave, but that’s its. Maybe he can get his hands on one of the Tumblers Bane used from Auto impound but that would be extremely difficult. Lucius Fox was Bruce Wayne’s weaponer but will he even be in the position to help out Blake? By the end of the movie Wayne Enterprises is bankrupt and totally defunct after being on lock down in Gotham for 5 months. Blake himself isn’t rich. He’s an orphan earning a modest cops salary. Best case scenario Blake can cobble some stuff together. Maybe trick out a motorcycle or rebuild an armored car, but something tells me with the kind of threats that attack Gotham that won’t be enough. When terrorists regularly use vaporizing fear gas to drive an entire city mad something tells me you’re going to want to use the indestructible missile launching tank over the Bat-jalopy.

#3 Physical prime.
I don’t want to diminish Blake’s toughness. He’s young and fit with none Bruce Wayne’s wear and tear. After all he did beat up a few construction thugs, but can he compare to Batman? In Batman Begins Bruce Wayne is in a foreign prison and gets in a brawl with half a dozen men. When the guards pull him away he says “I don’t need their protection.” They tell him they’re protecting the other inmates. He receives extensive martial arts training so that he’s able to take down an entire swat team. Whatever physical frailties he has by the end of the trilogy Bruce Wayne is still a near unstoppable fighter. Blake was shown to have trouble taking on 4-5 guys and had to be saved by Batman. After which Batman gives him some useless advice about wearing a mask. Unless that mask is on loan from Jim Carey’s 1994 film Blake’s going to have beef up alot. Either he needs to make a call to the Marvel Universe’s Stark Industries to see if an Iron Man suit comes in black, or start taking alot of steroids and practicing MMA.

#4 No Guns No Killing.
Let’s overlook the fact that his tank, motorcycle, and helicopter-jet, all have missiles and Gatling guns the only two rules Batman has is that he won’t use guns and he wont kill. We see Blake shoot a man dead. Though he looks horrified immediately after how long will it be when he realizes that without the physical strength, the skill, and the super weapons the one thing Blake can do to compensate is get his hands on conventional weapons. He’s a cop and he probably knows where to get guns from. Bane’s commandos probably had stores of weapons hidden all over the city that Blake could find with a little detective work. If nothing else there has to be a black market for weapons in Gotham. So after everything Bruce Wayne did to avenge his parents death, fix his city, and then move on with his life, he feels safe knowing that a hand picked heir will protect his city. Only too bad his heir, already grumbling at the blind structure and inhumanity of the law enforcement system,  is thrown to the wolves. With no super vehicles he’ll never get to the scene on time and fail to save people. With no mentor to train him, and guide him down the strait and narrow path, and constantly being beaten by the villains Blake will get more and more desperate. Finally he’ll start to shoot the criminals becoming more of an armed thug than a superhero. Maybe he’ll even preemptively execute them. Batman will see his heir murdering people in his name. Bruce Wayne will have no choice but to come out of retirement to stop him. Only this time he’s at a severe disadvantage. He’s old, injured, with no resources and unaccustomed to the changed Gotham while he’s been away.  And maybe just maybe he doesn’t want to stop Blake, but save him from what he’s become. It is Bruce Wayne’s fault he turned Blake into this. Can Old Batman save Batman 2.0’s soul before he falls too deep into the abyss?