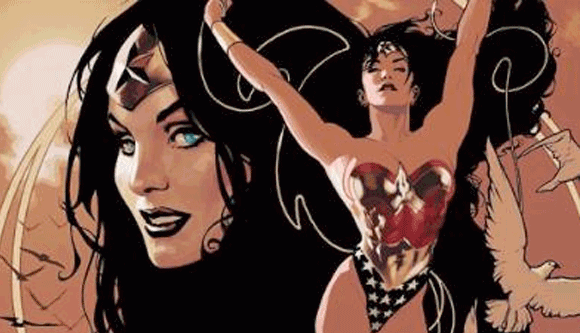 The end of Smallville left the CW wanting to replace it with some other comic based movie. Arrow will soon premier, as an ultra realistic superhero movie, in the vein of the Dark Knight series. To capture more of a fantasy element a Wonder Woman show has been proposed called Amazon.  As much as I love superheroes, I’d rather quality over quantity. I know that one day too many superhero movies will be made and they’ll fade from popularity. Wonder Woman has a lot of potential as a story but it also has alot to screw up. How would I make a Wonder Woman show.

The proposed David E. Kelly Wonder Woman series might have been bad enough to break the momentum of the superhero trend. It was bogged down with 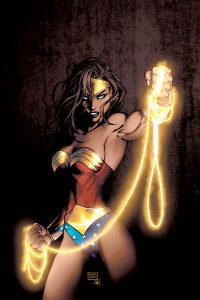 too many modern political issues, cliches chick flick tropes, self righteous straw-man (straw-woman) feminism, and legal drama leftovers from Ally McBeal, The Practice, and Boston Legal. That, and Wonder Woman’s superhero costume was a god awful eye sore. For the new Wonder Woman show I would center it around the origin of the hero. The most interesting thing about the heroic journey is the birth of the hero. Wonder Woman would start off in Themyscira, and be inspired to journey out into the world. Seeing as she comes from a hellenic fantasy world it would be fascinating to see her enter the modern world, similar to Marvel’s Thor. This could bring some of the more mythological elements of Wonder Woman into it. She would be shocked to find that no one really believes in the Greek Pantheon anymore. The gods would tell her to go back to the world to protect it as their champion. Hera, Athena, or even Zeus could appear to her and give her advice like Jor-El did for Clark in Smallville, albeit in a more appropriately mystical manner. The journey would be about her discovering how to be a heroic champion. She only knows a Hellenic era fantasy world. As Wonder Woman learns more about Earth she would evolve from a classic amazonian barbarian hero into a traditional superhero. The villains could be Greek characters that escape the realm of Olympus and reinvent themselves in the modern context the same way Wonder Woman has. The would go from being cruel gods and monsters, to supervillains. Wonder Woman’s strongest story telling element is Greek Mythology. Who doesn’t love greek myths after all? It could make an interesting series if done properly