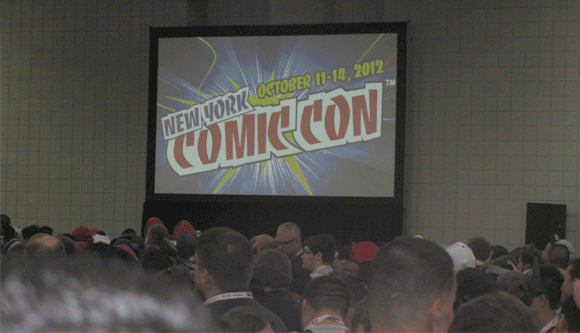 I was once set up on a blind date, and as such the girl and I discussed our interests. Comics, fantasy, and science fiction, are never the first things I bring up but I’m never ashamed either. When it did come up the girl asked me if I had ever been Comic Con. I told her no. I always reasoned I was a nerd but never that kind of nerd. The girl told me she loved going to Comic Con, and I quickly got excited thinking that I had met a kindred spirit. When I inquired what she was into she told me she didn’t like comics, or sci-fi, or fantasy or any of that awesome stuff at all. She only went to comic con to dress in a “really  slutty costume so nerds would awkwardly ask her to take pictures”. Apparently this girl thought making nerds squirm and jump through hoops was an acceptable pastime. Suffice to say a relationship wasn’t in the cards for me and such a passive aggressive socially needy weirdo. 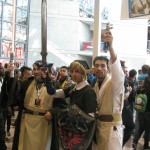 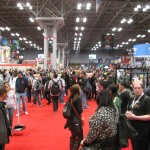 For years that was as close as I ever got to comic con. I knew friends went. I loved checking out the sneak previews reported online. I even appreciated the people who put effort into elaborate cosplay. But I never went. I just figured I wasn’t that kind of nerd. It seemed alot more hardcore than I was ready for. I don’t collect signatures or really play many video games, so that cuts out two major elements. But times change. I maintain a comic book blog. I eagerly await the next episode of Fringe or Dr Who. I want to see the trailer for every comic film that has yet to come out. If I’m not that kind of nerd, than I am surely close enough? So living in the greater New York area I decided 2012 was my year. It was an experience. 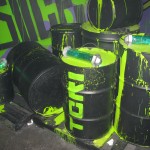 by the big two. What I expected was a drop in the ocean compared to what I received. I knew I wasn’t in Kansas anymore when I saw a dude in underwear body paint and thats in dressed as an engineer from Prometheus casually get out of a taxi. I walked from Penn Station to the Javits Center and the closer I got the more crowded the streets were with fans. The first thing to greet me in the lobby was a giant sculpture of Thrall from Warcraft made entirely out of mega blocks. The corridors of center were bristling with stormtroopers, Lokis, Black Widows, Banes, and more. I consider myself fairly knowledgeable about geekdom, and there were characters I didn’t even know. I love Marvel and DC, but the myriad of indie comic companies all had amazing beautiful artwork and stories. Everywhere I turned there was something bright, shiney, artistic and fascinating. The second day I was there I realized the whole convention was 4 times the size of what I originally saw.

Most of the people in costume put a great deal of effort into their disguises, and practically thanked me for taking a picture of them. A far cry from the girl who enjoyed dressing scantily to mean spiritedly intimidate nerds. It was fun. Who knows maybe next year I’ll set up a booth.

For More Pictures check out this Album