South Park said it properly. The presidential election wasn’t the biggest thing that happened last month. Disney buying star Wars is. With that announcement Disney will be making a sequel to the original Star Wars series, the average interweb dwelling nerd is abuzz with the possibilities, both good and bad. Sure, this is a chance at redemption for the lackluster prequel series. Sure, this could be an unmitigated disaster adding Disney to the list with George Lucas as the target of unparalleled nerd hatedom. Everyone has their idea what should go into the next chapter of the Star Wars saga, here are a few of mine:

New Territory
I would stear clear of the existing Expanded Universe. Not that there aren’t some great storylines that could be adapted, but the Expanded Universe is precisely that. A Universe. With thirty plus years of comics, novels, cartoons, video games, toys, and more, it would be difficult to distill them all into one singular trilogy. There would be too many disappointed fans. Instead I would come up with a new story, and make it out of this world. Though some fans of the Expanded Universe might be disappointed that the apocryphal material wasn’t included a new story could win them over.

A Hero
The biggest problem with the prequel was that there was no clear hero. The original movies were told from Luke’s point of view as part of a Joseph Campbell’s 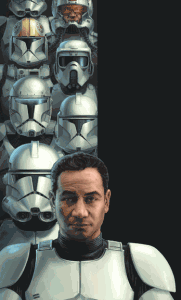 hero’s journey. In the prequels Anakin falls to the dark side, and Obe-Whan is sidelined. The sequels need to follow someone’s point of view. After considerable discussion with my younger brother I have decided that this role would best be filled by a former clone trooper. Before I’m flamed off my own site, hear me out. The clone troopers/ stormtroopers were an entire race of people conditioned and created to be warriors with no concept of anything other that being soldiers. After the fall of the Empire would they be killed? That would be genocide. Star Wars never questions the moral or ethical implications of genetically engineering a slave race.  What if they were retired, and had to join general civilization. Most clone troopers would become hired guns for private security. They have limited mental capacity. But what if one of them was more?  What if one of them was lost trying to find his way in the universe. He’d try to do good to make up for his people serving evil. It could create a unique hero in the Star Wars Pantheon. Boba Fett is very popular. What if there was a good version of him, a heroic badass?He’d have elements of Han Solo and Boba Fett but with more clarity of purpose.  If Star Wars was a Medieval fantasy he could be a knight errant wandering the countryside righting wrongs.

A Wizard
Jedis are essential wizard-knights. In the first two trilogies they were the main characters. What if instead of being the headliners, they were the support role. When paired with my nameless clone trooper hero, it would be the reverse of the Luke/Han Solo Dynamic. The Jedi would fill the role of a Lancer, and guide the hero to do great things. I can’t help but think of Firefly. Malcolm Reynolds, a roguish badass, was guided by Shepard Book, a spiritual good guy, to become a moral person. I’d love to see the same thing with the Jedi fulfilling books role.

More Women
In all of Star Wars there are two female characters of any note. Princess Leia, and Padme Amidala. Sure there’s the lady in charge of the rebel fleet in return of the Jedi, and a few other background characters but there needs to be more. In my continuing effort to make the world a better place by getting more girls interested in sci-fi and fantasy, we need more female heroes. Though my clone trooper must be a male because all of them are clones, maybe my Jedi could be a woman. 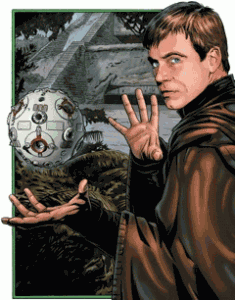 The Old Master(s)
Luke Skywalker must appear in Star Wars in some form or another. There has to be some connection between with the original series and the sequel. Personally I would love to see Luke Skywalker in charge of the renewed Jedi Order. Mark Hamill could reprise the role to the joy of fans the world over, and serve the same role Yoda has. I don’t know if they could get Harrison Ford, or Kerri Fisher back but original star wars alumni would be welcome. Maybe Leia could be the president of the restored Galactic Republic. Maybe Han and Leia’s child could be the Jedi. Finally Star Wars wouldn’t be complete without the the Droids R2-D2 and C3PO following the heroes around giving commentary like the greek chorus.

The Villain
I can’t stress this enough, Star War’s sequel needs a new type of villain. We saw Emperor Palpatine rise to power. I don’t want to see The Emporer back. I don’t want his clone, or his force ghost. Any return by Palpatine would diminish Vader turning against him, and dying. Besides an evil tyrant is old hat. Instead of being a villain who tries to enforce order upon the universe, what if the villain were at the opposite end of the spectrum. What if he were trying to bring about chaos? I’m talking about a Sith Lord as an anarchist. Though I may be committing blasphemy by making this comparison what if the villain were like Nero from 2009’s Star Trek, crossed with elements of Heath Ledger’s Joker. Such a villain would be a terrorist. A madman with a space born weapon whose only desire is to watch the world (or universe) burn. He’d sow discontent driving entire planets insane. Our hero would have to destroy him before the Galactic Republic is destroyed.