Home » Nerd Rage » Should Vader Be in The Star Wars Sequels? 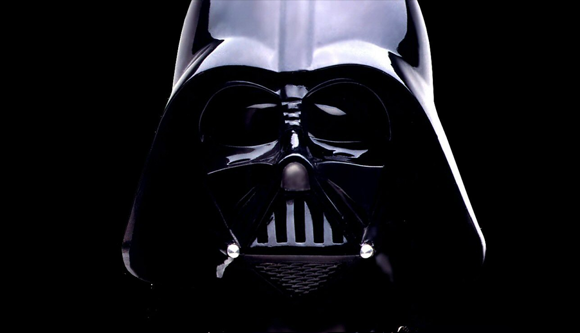 With the promise of a Disney headed Star Wars sequel I have to ask myself what will become of the Darth Vader. I think it would be important for the character to appear in some capacity in the sequels. Thus far he is the largest common thread running through the entire Star Wars Saga. Sure the droids have been in every episode, as has Obi-Wahn. But despite how many bells and whistles R2D2 adds to itself, or however shiney C-3P0 gets they’re still background characters. One might argue for Obi-Wahn but he passed his torch to Luke. Darth Vader/ Anakin Skywalker is Star Wars’ most iconic character and should appear in Episode Seven for continuity purposes and basic fan service.

Vader was definitively dead in Return of the Jedi. His body was burnt and he was last seen standing with Obi-Wahn and Yoda’s force ghosts, in the form of Anakin Skywalker. So how should/could the fallen Jedi Return? Cloning exists in the Star Wars Universe. A clone would have the advantage of having Darth Vader return bodily from the grave. Though a clone is a separate entity from the source of the genetic material, some quasi-mystical technobabble could explain that the clone is Anakin’s reincarnation. Anakin 2.0 could avoid all the mistakes the original made, and truly become a force for good. (No pun intended). The disadvantage of a clone would be in casting. Hayden Christensen would reprise his role. Additionally Anakin getting a new life would absolve him for all of Vader’s evil. That’s something that should not be so easy. 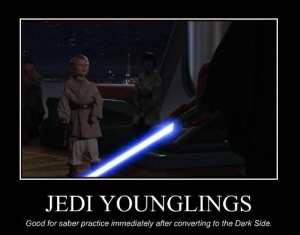 By saving Luke from Emperor Palpatine Darth Vader is forgiven and redeemed, at least in the eyes of the audience. However saving one life isn’t enough to forget everything evil Vader did. He cut off Mace Windu’s hands, murdered hundreds of Jedi include dozens of children, Force choked his own pregnant wife, committed genocide by destroying an entire planet as an interrogation technique, tortured and hunted his daughter and son, froze their best friend in carbonite, and whatever all all purpose evil the Emperor demanded. Did I miss anything? There’s a lot of checks in the negative column. Committing genocide and murdering children are two that can’t be washed away so easily. What if Vader as a force ghost is still burdened by the sins of his past.  He could be like Jacob Marley in A Christmas Carol. Stuck as a force ghost between life death good and evil, he could try to atone for his misdeeds by guiding and warning the living away from his own misguided path. He could appear in both his sith and Jedi form. This would be a fitting conclusion for Darth Vader. It would homage the original and continue the story of Anakins fall and redemption while allowing new heroes to come to the forefront.