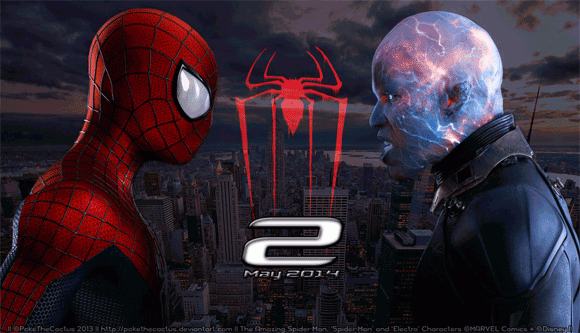 Going into The Amazing Spider-Man 2, I made a decision. I wasn’t going to be greedy. Spider-Man is my favorite childhood superhero. Two Thirds of the original trilogy were awesome. I was able to pull enough enjoyment away from Spider-Man 3 that the movies flaws didn’t bother me as much as most. When the Amazing Spider-Man reboot came out, I was totally ambivalent, but was quickly won over by the chemistry and charisma of Andrew Garfield and Emma Stone. Hell, my only real complained about the first of the reboot movies was that Emma Stone plays Gwen Stacy, the way Mary Jane was written in the comics, but thats a complaint for another article.

So like I said, I decided not going to get greedy.  I wasn’t going to nitpick about how it was different from the comic, or get in a huff about how the spirit of the Spider-Man mythos was lost in translation. My favorite superhero has had a really good run. Besides its not like there’s a shortage of quality feature films in the Superhero genre at the moment.  I’m only going to judge this film on its own merits as a piece of entertainment.

For those who still haven’t seen the movie the rest of this article will deal with spoilers.

The strongest elements of this film are its cast. Whereas in the comics, Electro is a blue collar villain who didn’t have much in the way of personality, Jamie Fox brought alot to the character. Rendered in phenomenal effects, and portrayed by a very capable actor this might be my favorite version of Electro. As a tragic friendless loser and obsessed stalker, his fall into villainy isn’t just believable it’s interesting. Emma Stone, and Andrew Garfield’s chemistry is as great as it ever was. I maintain their portrayal of their roles is the strongest improvement from the Sam Raimi trilogy.

And now for the bad.

Many people, including myself were worried that the over abundance of villains would lead to a bloated script. This film almost pulls it off. Paul Giamatti as the Rhino, is a glorified cameo so that didn’t overcrowd anything. His presence in the film is more symbolic than anything else. Spider-Man fighting him shows the hero’s determination to continue fighting the good fight despite his defeat and losses. Dane DeHaan as the Harry Osborn/Green Goblin works behind the scenes as the mastermind villain with Electro as his lackey. It’s a well used and fully functional trope. In fact everything up to the final battle with Electro in the film works quite well. After that the Green Goblin shows up fights Spider-man, and causes Gwen Stacy’s death. Though he is defeated shortly there after, he is left to plot the downfall of Spider-Man and the rise of the Sinister Six. Narratively something feels wrong. It’s rushed and the emotional impact of Gwen’s death is tacked on. How does Pete feel toward Harry now that he killed his girlfriend? How does Peter relate to Gwen’s family? The general public seems to love Spider-Man will they turn against him thinking he caused Gwen’s death? What happens to Oscorp? Obviously the story is building towards The Amazing Spider-Man 3. What would have functioned better would have been  to end this film with Spider-Man beating Electro, loving Gwen enough to let her go, and to have Harry, driven mad by the transformation into the Goblin make the same plot to take down Spider-Man. Start the Amazing Spider-Man 3 with the death of Gwen, and have Spider-Man soldier on to take down the Goblin and the Sinister Six while mourning the death of his love.

Like I said I’m not going to get greedy. The Amazing Spider-Man 2 was good enough. It wasn’t mind blowing like Captain America was. It didn’t make me boil over with nerd rage like Star Trek: Into Darkness. The positives outweigh the negatives. It just needed a (slightly) stronger script. Did I enjoy it? Yea. Was it worth the price of admission? I regret nothing. Is it the singular incarnation of the modern mythology of Peter Parker’s heroic journey as Spider-Man? No, but is was pretty good and thats enough for me at the moment.