Albert over hears everything. 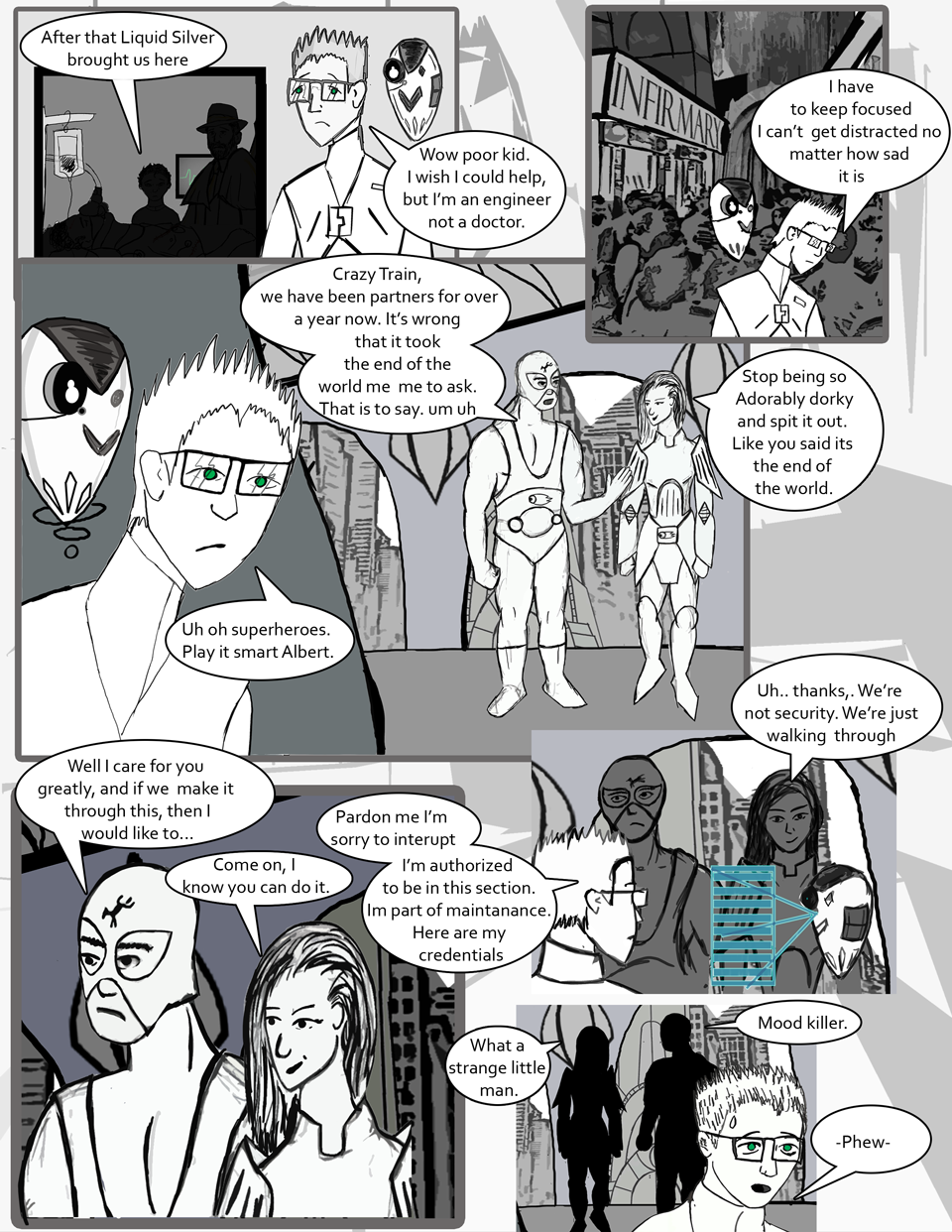 A little trivia: The superheroes who appear in this comic I made up specifically for this page. Albert is in this superhero city and I wanted him to stumble his way past some super humans. Because I couldn’t help myself I came up with a story for them. The man has the superhuman power of indestructibility and styles himself after a luchador.  He chose the most ridiculous name he could think of… El Burro Loco. (His mask even has a bucking donkey embroidered on it.)  He worked for years as a wrestler thinking he was just good at taking at beating until being recruited by Liquid Silver.  The woman is a normal human being. When normal humans join the ranks of the super heroes they are given armor which makes them bullet proof, and enhances their strength. She was a metal head as a kid and decided to use the code name crazy train. The armor designer didn’t get the Ozzy Osbourne reference and designed the shoulder pads to look like guards at the front of the a steam engine.

Crazy Train and El Burro Loco have been partners for years. El Burro has long held a crush on her and despite his super heroic courage was always to shy to say so. She’s always known, and kinda likes him too. She’s been trying to get him to admit it for a while maybe just maybe he’ll get it out.

After the last few pages I decided it was time for a little light humor.