I’ve made no secret of my love for Star Trek. During my childhood it was one of the greatest sources of inspiration. I know alot of die hard fans have taken issue with the 2009 reboot as its not “their” Star Trek, but I understand that in order for a franchise to keep going it has to adapt to bring in new audiences. So when I say Into Darkness was one of the most disappointing movies of 2013 it’s not because its a different Star Trek than I grew up with. Being different I would be okay with. Hell, I’d welcome it.  The problem is that its more of the same. What should be a thrilling space adventure is rendered bland. 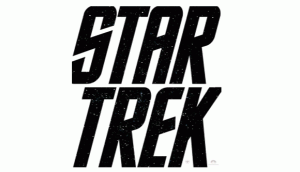 To give credit where credit is due, Star Trek: Into Darkness is two thirds of an awesome sci-fi adventure film. Visually the movie is stunning. Never has the Enterprise looked so grand, and impressive. The cast, as with the last film, are portray their characters with enough of a unique spin to make them feel fresh, but never lose their familiarity. The plot revolves around a terrorist named John Harrison attacking the Federation on Earth, then retreating to the Klingon homeworld Qo’noS. This is part of plot by a corrupt admiral Marcus to engineer a war between the Federation and Klingons.  This is a great idea for a Star Trek film. Admiral Marcus represents the antithesis of everything Gene Rodenberry’s future stood for. Who better than a corrupt, war mongering, Admiral to challenge, a Captain who champions peace, exploration, diplomacy and enlightenment? It’s a theme that has been lightly touched on by previous Star Trek but never fully explored. We have a wonderful set up for our heroes to stand up for their ideals, fight for the utopian world they’ve built, and defend it from people who would strip away their freedoms in the name of security. Than John Harrison turns out to be Khan, and that’s where the two thirds of a good film end.

What we’re left with after that is so much rehashing of material seen already. The villain allows himself to be capture to get at the heroes base from within, just like Avengers, The Dark Knight, and Skyfall. Its a trope that’s become so familiar that its gotten cliched. There’s a space jump scene, nearly identical to Star Trek 2009. Though both space jumps are visually stunning, why not come up with a new action beat. John Harrison didn’t need to be Khan. As soon as Star Trek ended in 2009, I immediately thought 2 things. 1) I want more. 2) I don’t want Khan. Khan is considered by many to be one of Star Treks Top villains. His portrayal fit perfectly with the themes of Wrath of Khan, and was an intriguing and multilayered villain. He’s hard to improve on, so why try?  John Harrison could have just been John Harrison and that would have been perfectly acceptable. Give us something new, different and unique, not retread Kahn. Beyond that there was a concerted marketing campaign to convince everyone that Harrison wasn’t Khan. Everything that made Khan interesting was stripped away. All we were left with was his superhuman strength and intelligence.

The final act of the film is the movie’s greatest sin. Two ships have squared off against each other and the Enterprise is beaten to hell. One of the main characters is on the bridge to outsmart the villain, while the other jumps into the heart of the reactor to fix the ship’s engines, and dies of radiation poisoning. Line for line, scene for scene they replay the classic ending from Wrath of Khan, only with Kirk and Spock’s rolls reversed. I maintain that Star Trek II: The Wrath of Khan remains of the best science fiction films of all times. Spock’s death had the weight of a character who’d been around for decades. It was a genuine loss, that everyone felt. Though it was undone in the Search for Spock it doesn’t change the weight of the Wrath of Khan’s narrative. Kirk’s death on the other hand, is an copy of a superior movie. His death doesn’t resonate, and is undone with a contrived resurrection minutes later.

I’m glad to see new Star Trek. I still want more. Its just so disappointing when a story doesn’t live up to its potential. Star Trek, isn’t just a space opera. It’s sci-fi geared to raise a point, explore a social issue, and more than anything imagine the possibilities. It is the quintessential imaginative sci-fi. It makes it so much worse when one of the most talented directors and creators of thought provoking scifi (Fringe, Lost, Super 8, Almost Human, and Colverfield to name a few) doesnt even try.