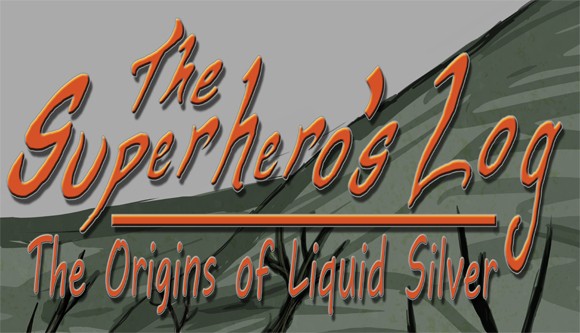 The Giants winning the Superbowl’s hold a very special place in my heart.  With apologies to New England fans, it was one of the greatest tri 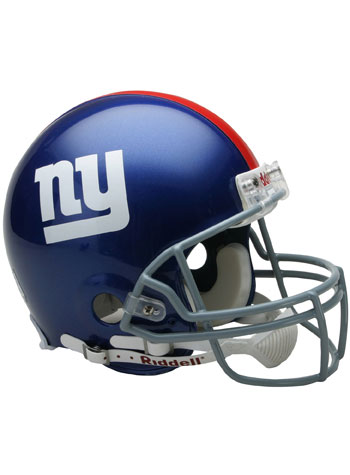 umphs of my life, even though I’m not a sports guy. Don’t get me wrong I can enjoy a football game if its on but its not really my thing. When I was little I played on a kid’s league, and as a reasonable facsimile of an adult I love participating in athletics. I just don’t follow sports. I’m more likely to watch the cheesy action movie replacing a rained out ball game, then the event itself. So other than being a native of the Empire State, and having the Giants as one of two default teams to root for, why is  2008 win for the Giants such a personal victory for me? It was the day I finished my manuscript.

The year was 2006. I was on the eve of my senior year of college. My second to last semester I planned to go to Rome as part of a study abroad program. I was excited. I’d learn Italian, live walking distance from the Vatican, and  eat lots and lots of pasta and panini. It would be the first time I’d be able to truly live on my own. I was ready for an adventure, full steam ahead. I had a great time in Rome. In addition to pasta, panini, and biscotti, I discovered gelato and cappuccino. I made sure I had a light class load, to take in as much of Rome and travel as much as possible. It was a great trip  and it allowed to to rediscover something I had lost during my hectic over achiever days as an undergrad: down time. I was unemployed relying on my savings from two jobs I had worked the previous summer. My four classes were easy, enjoyable, and most importantly 4 days a week.  My apartment claimed to have wi-fi but all the bandwidth was soaked up by the hundred or so people in the building. There were more guys in my program than girls so when my roommates paired off, I was left as the perpetual 5th wheel. In retrospect it was a good thing. What does a bored college student do when he can’t go out, has no internet, no homework and a towel hangs on every doorknob in his apartment indicating intimate shenanigans are occurring within? Write. There were days I would write for the simple pleasure of if. The dead hours between sightseeing, class, and requisite college partying became a writer’s retreat. One day I went on a 12 hour writing bender. Every flight or long train ride I’d pull out my laptop. I filled three journals with plot points and notes. And yea, I would even doodle in the margin of my looseleaf binders too. In my emails home I would include the first draft of first draft of my completed chapters. Though the stories changed greatly since the Meteor Zan days, my brothers approved. 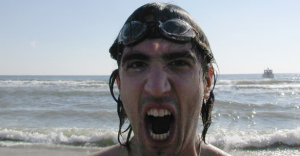 Not pictured: Heat… or sanity!

When my Italian adventure ended, I still wasn’t done. It took me another year of raw writing, and adjusting the plot to get everything finished. January 2008 my manuscript was in the home stretch. For those amongst my readership who generously give me the benefit of the doubt and assume I’m not a madman, Superbowl Sunday my friends and I traditionally do a polar bear plunge. The money goes to Make-a-Wish and its good ridiculous fun. So while the Giants were preparing the play the Patriots, I was at the shore in Long Beach, Long Island preparing to jump into the icy sea. Though my buddies planned to have a beer fest and watch the game afterward, butthe cold took it out of them so this particular superbowl we kept it low key. Far be it from me on missing out on the home team participating in the big game. That night I quietly sat on my bed, with the laptop that followed me throughout Europe. It was a good game even for a non football follower. It didn’t feel like I was writing. It was more akin to exhaling. After jumping out of my seat when the Giants scored I almost dropped my computer on the ground. I righted the laptop and began to type again but there was a problem. I had nothing left to say. It was done. After a over a decade of planning and a year and a half of writing I finished. Celebration and victory would come later, but now I was done. The Giant’s may have won, but I won bigger. My story I poured my imagination into was complete. Liquid Silver was more than images in my head, bedtime story memories to my brothers, and doodles in the margins of my note book. He was tangible and real fiction. It felt epic.

The only part I completed was the easy part. What would happen to my story? Sit on a shelf as a tribute to my awesomosity by collecting dust. I wanted more. What did my football coach say when I used to play? Probably the same thing the Giant’s coach said before the superbowl. Go big, or go home. Now came the next step, trying to make the manuscript into something intelligible, but thats a story for another Article.