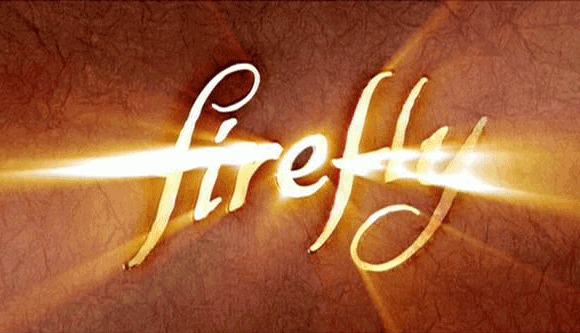 The story follows the adventures of the crew of the Serenity, a Firefly class cargo ship captained by Mal Reynolds. The crew is made up of a group of outlaws and smugglers. Firefly’s setting is interesting. The star system is governed by the alliance and is divided between core planets and outlaying worlds. There are no aliens. Technology though advanced is used sparingly and is kept tangible. The culture is a fusion of American and Chinese influences. Though many of the border worlds resemble the American west, characters are often heard speaking Mandarin Chinese. Captain Reynolds is seen eating beans out of a can with chop sticks. Advertisements and fashion tend to blend classic American garb with Chinese pop culture designs. The explanation for this is that the United States, and China were the only nation states with an advanced space program to colonize the stars. 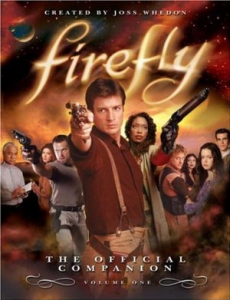 The prologue of Firefly tells us that “Earth that was” was abandon. It was overpopulated and its natural resources were drained. A large portion of the the human population left on generational ships and colonized a new star system. Various worlds and moons were terraformed to support human life.The different worlds visited in various space operas all have Earth like standards for habitability. The air, gravity, local plant and wildlife, and diseases are all comparable for human norms.  Most science fiction doesn’t bother to try and explain this. In Firefly its by design. Though the worlds are all habitable for earthlings it doesn’t mean they’re lush paradises. The inner planets are highly developed, but the outer worlds are primitive frontiers often void of advanced technology or basic essentials. As smugglers the heroes of the show after run goods between worlds, often in the form of foodstuff. The contraband they carry in the pilot which looks like some type of gold strips, turn out to be protein bars laced in medication. The goods they acquire to smuggle in the episode Shindig are a herd of cattle.

It’s often said that sci fi writers have no sense of scale. Starship’s traverse thousands of light years in as though its strolling down the block. This is what allows the intergalactic empires of Dune and Star Wars to form. Without some type of fictional propulsion, wormhole or space folding technology this idea is largely impossible. In Firefly the entire “‘Verse” is contained in one solar system. There is no faster than light propulsion. Just to get to this system from ‘Earth that Was’ took centuries of space based living. Though the characters are able to go from one planet to another, it can take months at a time. Out of Gas shows how far apart some of the worlds are and, how desperate a situation can get when you run out of supplies. Space travel isn’t cruising around in a luxury liner. It’s dangerous and difficult.

Firefly is unique in science fiction. It’s vision of the future which deliberately attempts to make space travel as realistic as possible. There are no space battles, no extra terrestrials, and no technology that makes science look like magic. If we ever are able to colonize other world’s via terraformation,  i wouldn’t be surprised if it resembles the world(s) of Firefly.