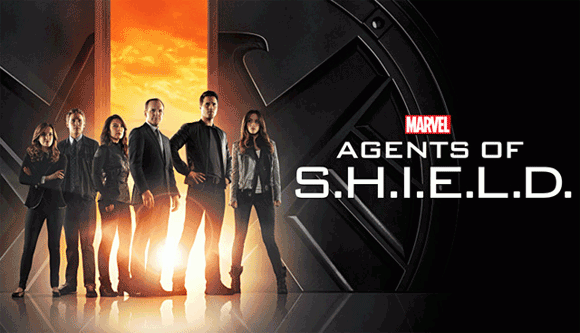 With teasers and pictures leaking out about Marvel’s Agent’s of S.H.I.E.L.D. ‘s second season, I figured it was time for a review of season 1.

One of the under appreciated things about the Marvel Cinematic Universe is that it keeps it fingers to the pulse of the fans. When people complained about the Captain America costume in the Avengers and said his WWII costume was better they brought back the classic duds in the Winter Soldier. When People got upset about the Ben Kingsley/Trevor/Mandarin debacle  All Hail the King implies that there is a real Mandarin out there. When the fan girls identified with Loki, we got more Loki. Arguably the biggest bit of fan service came when #CoulsonLives gave birth to Marvel’s Agents of S.H.I.E.L.D.

Agent Phil Coulson, became such a popular character that if a television program was going to explore the operations of the MCU’s resident spy organization, it was going to be him. Though he died rather heroically in the Avengers, this is a franchise based off of a comic book series. The only people that stay dead are Uncle Ben, Gwen Stacy, and Bucky… oh wait never mind. (More on him later)

So noble fan serving attempts aside how does Coulson’s resurrection and Marvel’s Agents of S.H.I.E.L.D. first season hold up? To be honest I always liked it. There wasn’t a single episode I walked away from and felt like I lost an hour that I will never get back. They were cheesy fun, that were reminded Saturday morning cartoons. However, just because I liked them doesn’t mean they were good. The first few episodes followed a character structure of NCSI, but without the gritty seriousness. The weird investigations were similar to X-Files or Fringe, without the deeply imaginative and thought provoking science fiction elements. S.H.I.E.L.D. was like a watered down version of better programs. All that could be forgiven if the show featured more costumed superheroes. Alas all we got was the still vaguely identified Mike Peterson. The show didn’t disappoint me, but it was losing viewers. And then something happened that turned everything around:

After Captain America: the Winter Soldier debuted everything changed. S.H.I.E.L.D. was flipped on its head. With Hydra as an insidious organization infiltrating the heroes from the ground up our heroes finally had an enemy would could provide them with a real challenge. Heck, even one of their own turned out to be a bad guy. For the record I like evil Grant Ward so much better than the good one.  Marvel’s Agents of S.H.I.E.L.D. wasn’t just something I liked for the fun cartoonish ness. It became genuinely gripping and dare I say… epic. TVTropes calls the phenomenon “Growing the Beard”, it marks where a series has caught it’s stride. The writers are able to get a better handle on their characters, and plots. Named after Commander Riker from Star Trek: The Next Generation, In the first season Riker was clean shaven. In Season two he sported a nicely styled military beard. Guess which episodes were better? Thanks to the Hydra story line we will definitely be getting season two of S.H.I.E.L.D. to further explore the Marvel Universe.

Closing out the season on such a high note, I’m looking forward to seeing what comes next, but I am also a little worried. S.H.I.E.L.D. saved up its A material for  Captain America: the Winter Soldier, and what came after was awesome. The audience had to sit through two thirds of a season of treading water. I just hope further Marvel films don’t handicap the rest of the show, and season two continues with the steady improvement in storytelling.