Novels in the works slated for  publication within the next year or so! 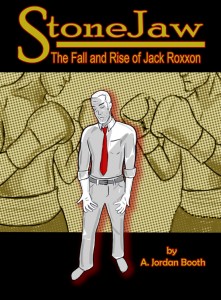 Stone Jaw: The Fall and Rise of Jack Roxxon

All Jack Roxxon wanted was to keep a roof over his head, take care of his tough-as-nails grandmother, make his girlfriend happy, and get a little time in the boxing ring- simple dreams for an honest man.

So how did it all go so wrong? Maybe he started loosing his way when he started winning his matches. or maybe the slide started earlier, when he first picked up a bottle. He had a shot at being a champ; now he kills people for a living. For Jack “Stone Jaw” Roxxon, today should be just another day, another target. He’s got the guy and he’s holding the gun.

So why hasn’t this cold-blooded killer pulled the trigger?

Stone Jaw: The Fall and Rise of Jack Roxxon is in the final stages of editing. 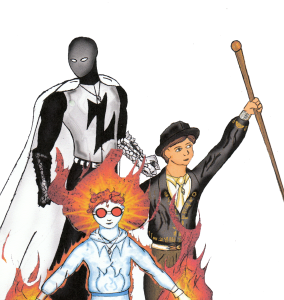 Currently at the Copyright Office

The first sequel to “The Origins of Liquid Silver” It has been three years since brothers Zander, Nicholas and Steven encountered the ancient villain Zelius and became superheroes to stop him. Now Zelius has gathered terrifying allies and the brothers will need to don cape and mask to combat not only their enemies, but combat fear itself. 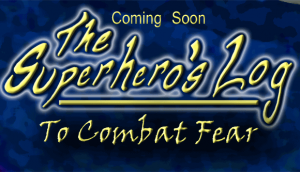 The World of Penumbra

In the process of writing the first draft

Despite having an atypical name, Agatha Brunster, was a relatively normal girl living a relatively normal life. That is until she falls into a fantasy world. Named Penumbra, this planet is ruled by magic rather than science. It is a raw unfinished land populated by whimsical fairy tale creatures, brutish monsters, and the descendants of the gods of myth. A mysterious old woman named Basileah takes her under her wing to train her in the art of magic hoping to help her find her way home. Penumbra is a troubled place, and Agatha is a good person. Despite her teachers protestations, Agatha plans to use her new magical powers to help the creatures of Penumbra.

The Confession of the Golden Dagger

In the process of writing the first draft

The advent of humans started long before the modern era. In the Dark Ages, when superstition and fear ruled, empowered humans were hunted as witches and demons. Until the birth of twins Arthur Zelius and Andrew Doro. With abilities never seen outside myths and legends, Andrew takes the name the Golden Dagger and seizes power, with the intent of protecting and bettering the world. It’s not long before he falls down the slope towards despotism…

Zelius chooses a far darker path.
The exciting part about this upcoming book: It will be released for free online!

A rough manuscript is complete but needs **A lot** of editing

I’m going to keep the details of this story limited for now. I don’t want to spoil part two. This will be the third installation in The Superhero’s Log. Things are only going to get more epic.