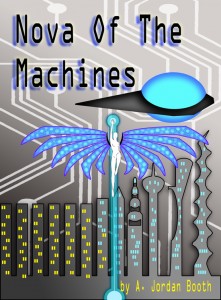 A science fiction novel by A. Jordan Booth

When Aurora Douglaston goes to visit her estranged scientist father Ned a global disaster strikes. With Aurora gravely injured and Ned’s research center coming down on their heads the duo has no other hope of surviving on their Earth. The two take a leap of faith and jump through an inter dimensional portal. 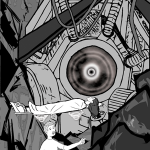 The multiverse exists as trillions of dimensional filaments entangled around one another. One singular universe only inhabits a few hundred of them at any given time.

Earth is not alone. There are an infinite number of worlds. Some so similar they hardly seem distinct from one another, others so vastly different that they are unrecognizable.  What Ned and Aurora find on the other end of the portal is beyond their imagining.

Behold Raeth, a wasteland mirror of the father and daughter’s home Earth, rendered inhospitable and long abandoned by humanity. The desolate planet would have been the Aurora and Ned’s graveyard, until they discover what humanity had left behind. Sentient machines now populate this world. Robots built only to serve man, have inherited the world. They wander doing the best they can to fulfill their duties in their creators absence. 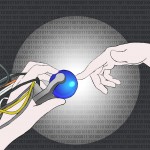 How will the dysfunctional father and daughter affect the machines? Will they be the flash of inspiration the machines need to go from simple robots to true living creatures. As the machines come to revere Aurora, can the she save the mechanized race, or will playing god to the machines lead to nothing but destruction? 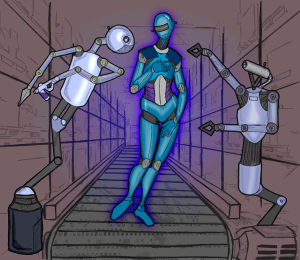 Nova of the Machines is my first real foray into science fiction, a genre I hold near and dear to my heart. I’ve always thought the trope of machines gaining sentience and trying to wipe out humanity was a little overused. Sure, it has created some awesome stories, but there is so much more potential. With Nova of the Machines I wanted explore artificial intelligence as a reflection of humanity.

This book is be available on amazon for Print and Download