Last year I published The Superhero’s Log: The Origins of Liquid Silver the culmination of my childhood obsession with superhero, fantasy and adventure stories. It tells the tale of three brother who encounter an ancient evil and have to find the power to overcome it. They’ve always dreamt of being superheroes now they have to become them to save their world. For anyone who hasn’t checked it out yet follow the links below:

There’s something a bit conspicuously sinister on the top left hand corner of the front cover. Why does this say “Issue # 1”? Is this wily writer planning another instalment? 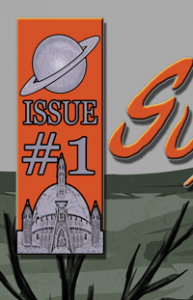 Every superhero origin story needs to be followed by said superhero’s journey. Thus I’m announcing the planned sequel, whose working title is: The Superhero’s Log: To Combat Fear.

Four years have passed since brothers Zander, Nicholas, and Steven defeated Zelius trapping him within his crystal cave prison. They’ve gone back to a normal life, putting aside their powers and adventures. The path a superhero walks is long, winding and unending. When they meet a mysterious adventurer calling himself “the Untouchable” the brothers are called to stand against Zelius’s greatest minions. The three brothers will face dangers they never imagined, find unlikely allies, and stare into the heart of terror made flesh. Will they succumb or will they learn to combat fear?

As of now the manuscript is complete. The next step is submitting it for a copyright. I’ll be posting all my updates on this blog, on my Instagram, facebook and twitter. Stay tuned for updates on my progress.