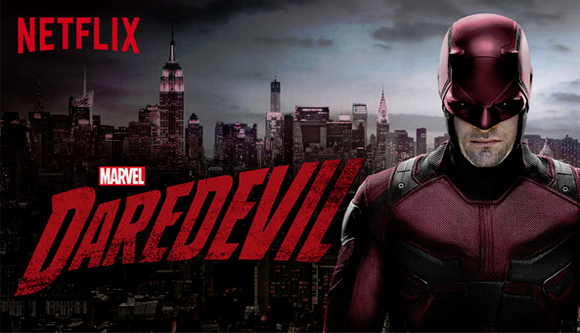 I’m going to start off this review with something possibly a little controversial: I think Foggy may be a little more heroic than Daredevil. Sure Daredevil has the costume, the cheesy nickname, and iron resolve to beat up criminals at the cost of his own health and well being, but he has years of training and some highly enhanced senses to get him through it. Foggy is a normal pudgy lawyer, and he has the sheer audacity to go into a biker bar to investigate the Punisher. Matt would at least think he could fight his way out of a situation like that. Foggy knew he couldn’t, and went anyway. Beyond that Foggy stood up against  the district attorney and out lawyered her when she was trying to use her office to bully him.

I said in my last review that I didn’t want to see a replay of the conflict between Matt and Foggy from season one with Foggy trying to get Matt to stop being Daredevil. I’m going to amend that comment. I want to see that conflict played out to is philosophical conclusion. Foggy wants the law handle the crimes of Hell’s Kitchen. In this episode he’s putting himself at risk personally and professionally to do what he sees as right, very much like Daredevil and the Punisher, except unlike either of the vigilantes he’s working within the context of the law. Punisher kills criminals, and Daredevil doesn’t but both break the law, and trample on the civil liberties of their targets. Foggy is the one standing up for what’s right and is the only one doing so within the confines of what is acceptable in civil society. He doesn’t have guns or kung foo to protect him, just the law and his wits. Like I said, more heroic than the titular hero.

This is an interesting angle to play with a superhero crime drama. It’s in the background of the louder and flashier battle between Daredevil and the Punisher, but it’s just as interesting as that conflict. I wouldn’t be surprised if the ultimate conclusion of this season isn’t a brawl between the leads alla Kingpin vs Daredevil but a major legal and moral victory. If they are going to portray the Punishers methods as wrong, than it cannot be done by Daredevil simply beating someone up. To have the right thematic resonance the heroes need to win something within the law. I don’t know if it will play out that way, but it would be a very different take on the typical superhero fare.