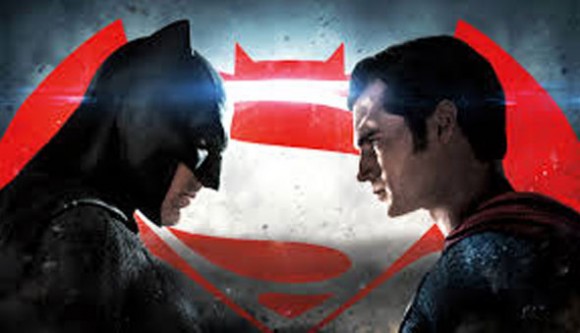 I know next to nothing about wine. I have simple metric when I drink it to determine if it’s good or not. Did I enjoy it? When Batman vs. Superman: The Dawn of Justice came out I didn’t get to see if for a few weeks so all I was the general negative buzz about the film. I decided not to read any reviews, or put any stock in what my friends were telling me. I went in with zero expectations and decided to use the same rule I applied to wine. Did you enjoy this movie? Quick answer is yes, but there is more it than that, because if there is anything I am a sommelier about, it comic books, superheroes, Scifi and fantasy. Be warned there are spoilers to follow.

I admit it I really enjoyed this film but does it make it good? I can see why it wasn’t popular and upset many fans. The film has some major flaws. The most glaring one I would say was the casting of Jesse Eisenberg as Lex Luthor. I had no problem with the any of the writing or dialog revolving around his character but Eisenberg’s portrayal was that of a hyperactive spoiled child with creepy boundary issues. Lex Luthor is at his best when he is strong, intimidating and assertive. He is a superman in his own right. This Lex made me want to take a shower every time he opened his mouth. Every scene he was in I had to imagine someone like Bryan Cranston, or Kevin Spacey in his place. Hell, even Michael Rosenbaum would have been an improvement.  The next biggest issue that put off a lot of people, was that the heroes were more violent than any of their incarnation. I had no problem with Superman killing Zod in the Man of Steel. It worked for the story, but in this the death and violence is unmasked. Batman uses guns and kills. It’s something that was done in the first Burton series but here it’s a lot more in your face. The degree of violence wouldn’t be a big deal if it weren’t centered around a character who’s one rule is though shalt not kill.  Iron Man and Captain America have probably killed just as people but they’ve never made such an assertion so for a hard core fan that can be very jarring. I think it worked for this story but I’ll get back to that a little later.  The final thing that I think is the films biggest weakness is just how massive it tries to be.  This film has Batman meeting Superman which could be its own picture, Superman going against Lex Luthor, which would be another full movie, Superman questioning his place in the world a full movie, and finally Superman vs Doomsday which would be a great conclusion to a trilogy. Batman v Superman tries to do too much. I think it’s a symptom of DC playing catch up with Marvel.  They’re gearing up for Justice League but rushing to get there.

With so much going against it why did I like this? There were two very strong elements that redeemed the story for me. First is Batman. Many people were upset that Batman killed in this film. This was a Batman who has seen better days. Wayne Manor is burnt down. Robin’s uniform was in a memorial display case. When discussing his mission he said fighting crime is like pulling weeds they always come back. This is a Batman at his lowest. He thinks the only lasting legacy he could leave in this world would be to kill Superman.  Yet meeting Superman inspires him. Batman even says to Wonder Woman: “I failed him in life, I won’t fail him in death.”  Batman skirting the edge of the darkness he fights, and Superman providing him with a beacon of light. The other element I really enjoyed was the characterization of Superman himself. Henry Cavil plays him as though he were the every man. This is a Clarke Kent who is trying his best to be good. The drama isn’t about whether he can win a fight. The drama is about whether he is doing the right thing or not. This is exactly the kind of Superman story I would write.  Other plot lines have done it better such as Superman Vs the Elite but this isn’t a bad one.

Did I enjoy it this, yes. Is it the best vintage, no. Should you go see it? Take a sip let me know what you think?