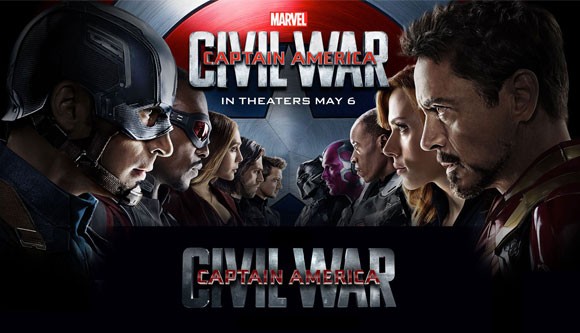 The prior installments of the Captain America solo films are the weakest and strongest of the Marvel films. The First Avenger was okay but had very thin in story with too may plot holes and montages. The Winter Solder was such a solid move even the Cinema Sins guys had a hard time tearing it up. So how does civil war rank?

Full disclosure I HATED the Civil War comics. For me, it was the poorly thought out political allegory, gimmicky writing, horrible mischaracterization, and ultimately depressing. It was also one of the more successful modern comics so it was a no brainer that this was going to be adapted into a film. My only hope going in was that it would be at least someone better written. Thankfully it was.

The numerous disasters that the Avengers have been involved in have come full circle. The international community wants to reign in Earth’s Mightiest heroes with the “Sokovia Accords”. This would prevent Avenger related intervention without UN approval.  Immediately this is an improvement over the comic as the core issue was registration of secret identities. The metaphor is one of sacrificing personal liberty for security. The comics version falls flat because being a vigilante ***IS*** illegal. There would be no debate in the matter in the real world.

So back to the superior film adaptation: Iron Man feels guilty for Ultron and is for the Sokovia accords. Captain America, warry of another SHEILD/Hydra debacle is against surrendering his authority to another massive organization. The two lead avengers fall on different sides of the issue and their allies, both new and old, pick a side of the line to stand on.  Bucky, the Winter Soldier, is falsely accused of a major crime and that pushes a civil debate into a Civil War.

The film strongest improvement is the humanity of the lead characters and how similar they are. Both Chris Evans’s Captain America and Robert Downey Jr.‘s Iron Man are in a great deal of personal turmoil and have lost those closest to them. Who is right or wrong is much more ambiguous than the  comics and thus leads to better drama. The final Captain America  verses Iron Man battle is down right painful to watch and heart breaking. (Although very cool). 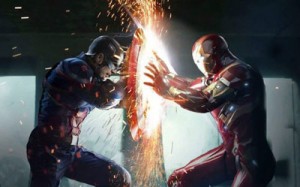 As for the secondary character the two with the biggest inclusion are Spider-Man and Black Panther. As the third live action Spider-Man Tom Holland brings to life what Andrew Garfield came close to and Toby McGuire forgot about. He’s young, inexperienced, and trying his best. He approaches his larger than life adventures with energetic humor and wit.  Spider-Man is also entirely unnecessary to the plot. He’s a fun addition but it’s really a glorified cameo. The same could be said of Ant-Man and it was still fun to see him too.

Conversely Chadwick Boseman’s Black Panther is integral to the story. As a preview for what is to come, I am more excited about  Black Panther than any upcoming superhero movie.  Not only does this serve as a decent origin tale, The Black Panther is the only character in Civil War who goes through a complete moral arc, having entered the conflict one way and coming out the other side changed different and stronger as a result. Captain America is scared of being manipulated the way SHEILD was manipulated by Hydra. He stubbornly refuses to find a compromise in the conflict.  Iron Man feels guilty about Ultron and wants more accountability. It could be argued that he took a few steps backward due to the motivation for the final conflict. Neither really learned a lesson.

Black Panther starts off as a restless young prince who is hesitant to engage in diplomacy. Initially motivated by revenge he comes to see the damage that it does and declares that it will no longer dominate him. He ends the film finding a balance between justice and revenge, action and diplomacy and is on his way to becoming a  wise  ruler. The audience feels for him and comes to respect the newest addition to the marvel films. Boseman portrays him with all the all the regality and intensity the roll requires.

I enjoyed Captain America the civil war, but I don’t know how much I like it. The two major negatives that this movie has going for it. First the film doesn’t feel like a conclusion to a Captain America trilogy.  It feels like an episode of a TV show that’s going on a season finale and just had its budget upped for a second season. It was a good ending but it’s a teaser for bigger stuff to come. The Civil War isn’t concluded. It’s going to continue on through the rest of the marvel film (and maybe Netflix and TV too). I cant really fault marvel for this . It is their business model.

Second it is the lack of character growth on the part of Iron Man and Captain America. Both loose so much and the ranks of the Avengers are torn in half because of it. Neither Steve or Tony learn anything other than their self assurance that they were both right. I don’t like the fact that two of my favorite superheroes are fighting. In the most childish way possible I want them to be friends. I want them to be brothers in arms. They can butt heads but it just doesn’t sit right with me that they would come to blows in such a brutal and violent manner.  When Thor shows up again I imagine him face palming hard. “You guys do realized the infinity stones are the real issue here right? Are you seriously wasting time fighting like this?”  All in all this was a fun action film with a lot of positives going for it. The casting acting, action, effects and even story are all well done. I just don’t like the concept of a Civil War and never have. I suppose that’s a matter of opinion and I’m just a fussy nitpicky nerd.  Regardless I would whole heartedly  recommend this as a must see among the summer blockbuster epics.